EU GC Decision (ISU v. Commission) - The CAS Arbitration rules do not interfere with the effectiveness of the EU judicial protection

Some thoughts on the EU General Court judgment of 16 December in the matter of the International Skating Union (ISU) v. Commission (T-93/18)

On 17 December, one day after the EU General Court published its highly-publicized judgment in the action brought by the International Skating Union (ISU) (the ISU judgment), I was invited to discuss the judgment together with Benoit Keane during the event “Bosman at 25: Contemporary issues in sports law” hosted by the Edge Hill University and my dear colleague Prof. Richard Parrish.

The EU General Court rendered its long-awaited decision three years after the EU Commission had issued its first decision in December 2017 (Commission Decision of 7 December 2017, AT.40208). The ISU judgment generally confirmed the Commission decision from December 2017: accordingly, the ISU’s “Eligibility Rules” were found to infringe upon EU competition rules (Article 101 TFEU), to the extent that their goal was to prevent professional speed skaters from taking part in international events organized by third parties; in turn, such third parties were deprived of the athletes’ participation necessary to organize those competitions. The ISU also Eligibility Rules included arbitration rules that provided for the exclusive jurisdiction of the CAS, which were found by the Commission to “reinforce” such infringement. The EU Commission subsequently ordered the ISU (subject to a periodic penalty payment) to put an end to the infringement through the amendment of its Eligibility Rules, which included the arbitration rules. While generally upholding the Commission decision, the ISU judgment annulled its part relating to the ISU arbitration rules in favor of the CAS.

In my intervention during the “Bosman at 25” event, I focused on the specific issue of the ISU arbitration rules while my colleague Benoit Keane extensively discussed the ISU eligibility rules and their compatibility with EU competition rules as confirmed by the ISU judgment. On this particular aspect, I limited myself in noting that the ISU judgment shows an increasing tendency of the EU adjudication instances to determine the compatibility of the rules of Sports Governing Bodies (SGBs) with EU competition rules by scrutinizing their regulatory drafting and, subsequently, their overall governance structure (cf. the Motoe Judgment of the ECJ of 1 July 2008).

The EU Commission decision on the ISU arbitration rules

Like all international federations recognized by the International Olympic Committee (IOC), the ISU has the exclusive right to manage and administer its sport, which includes both figure- and speed skating. Alongside its regulatory activity the ISU also carries out a commercial activity by organizing speed skating events for the most important international competitions. As per its ISU Eligibility Rules (in their previous version), the ISU only authorized specific events, according to which the participation of skaters in unauthorized competitions exposed them to a penalty or a lifetime ban from ISU competitions.

The Commission decision noted the exclusive jurisdiction of the Court of Arbitration for Sport (CAS) in the ISU arbitration rules, and the limited review of the CAS awards through a motion to set aside CAS awards before the Swiss Federal Tribunal. These statutory clauses conferring exclusive jurisdiction on the CAS are common among the vast majority of the rules of international SGBs. Therefore, the Commission decision could have had important repercussions on the overall dispute resolution system in Olympic sports through the CAS more generally if the ISU judgment confirmed its findings. The Commission decision also considered the limited remedies granted under the New York Convention of 1958 on the Recognition and Enforcement of Arbitral Awards (NYC58), in view of the self-enforcement mechanism of CAS awards in sports disputes, the general difficulty to obtain such remedies, but also due to the fact that courts can interpret public policy under the NYC58 differently and in accordance with their own jurisdiction.

The EU GC Judgment on the ISU arbitration rules

The ISU judgment held that only unlawful conduct or circumstances can render the infringement more harmful and constitute “aggravating circumstances” as submitted by the Commission. Arbitration rules conferring exclusive jurisdiction on the CAS were not “unlawful,” all the more since the Commission itself acknowledged that arbitration was an accepted method of dispute resolution and an arbitration clause as such does not restrict competition (para. 35 of the ISU judgment).

The ISU judgment equally referred to the “forced” character of sports arbitration and (as was expected) endorsed the Mutu and Pechstein judgment and the benefits of a centralized venue for adjudicating sports-related disputes in order to promote procedural uniformity and legal certainty (at 156 of the ISU judgment).

After an extensive analysis, the Court found that the arbitration rules did not interfere with the effectiveness of judicial protection under EU law.

Importantly, neither the ISU judgment – nor the Commission decision – considered that the arbitration rules violated the athletes’ right to a fair hearing nor challenged the legality or independence of the CAS as an arbitral institution (as was the case in the ECtHR Pechstein / Mutu decision).

At the same time, the ISU judgment addressed the control of EU competition law conducted by CAS: notwithstanding the binding character of an arbitration agreement conferring exclusive jurisdiction on the CAS, the athletes – or even third affected parties – may initiate proceedings before a national court and claim compensation for the harm suffered where there is a causal link between that harm and an agreement prohibited under Article 101 TFEU (para. 157 of the ISU judgment and references).

The ISU judgment also highlighted the difference between the jurisdiction of the CAS in this case and the Achmea judgment (C-284/16). In the latter judgment, EU member states agreed to reduce the jurisdiction of their courts and the EU courts in favour of arbitral tribunals (e.g., ICSID or other). However, in the case at issue, the establishment of the CAS does not affect the national and EU courts’ right to apply and interpret EU competition law.

Thus, the Court found that the arbitration rules granting exclusive jurisdiction to the CAS in order to review the legality of ineligibility decisions do not constitute “unlawful circumstances” that make the infringement more harmful.

To the extent that the ISU arbitration rules were not a – direct or indirect – part of the infringement (nor an aggravating circumstance, since they were not “unlawful”), the ISU judgment also annulled the imposition of periodic penalty payments that were ordered in the event of a failure to amend the arbitration rules.

Overall, the ISU judgment confirmed the compatibility of exclusive arbitration clauses in favor of the CAS with EU competition law, to the extent that they do not prevent the parties from effective judicial protection against potentially anticompetitive decisions under EU competition rules. At the same time, and even though the parties cannot directly request to overturn a decision on ineligibility from state courts (which would technically fall within the exclusive jurisdiction of the CAS), it is still possible to claim damages before the national courts or national competition authorities. However, in assessing such a claim, these judicial instances will necessarily engage in an incidental control of the conformity of the eligibility rules under EU (competition) law. In that respect, any previous CAS assessment on EU competition law is not binding on such courts (to the extent that only the operative part of the CAS Award on the ineligibility of the athlete is vested with res judicata). The ISU judgment therefore confirmed the autonomy of EU law and, more specifically, EU competition law.

Furthermore, the ISU judgment endorsed the finding of the ECtHR decision in the case of Pechstein / Mutu with respect to the legitimate objectives pursued through the binding nature of arbitration in sports disputes. However, neither the ISU judgment nor the Commission decision have conducted an autonomous analysis of the independence of the CAS (unlike the Pechstein / Mutu decision) or the compatibility of the arbitration rules with the athletes’ right to a fair hearing. The ISU judgment (which is still subject to appeal before the Court of Justice of the EU) will have repercussions on other Olympic SGBs, which include similar exclusive arbitration clauses in favor of the CAS. Setting aside the existence of such exclusive arbitration clauses, however, the most serious repercussions for SGBs may derive from the finding of the ISU judgment that eligibility / authorization rules are not shielded from scrutiny from EU or national courts, which will seek to safeguard the autonomy – and ensure the effectiveness – of EU (competition) law.

Challenge of a CAS arbitrator for inappropriate tweets: the “duty of curiosity” revisited 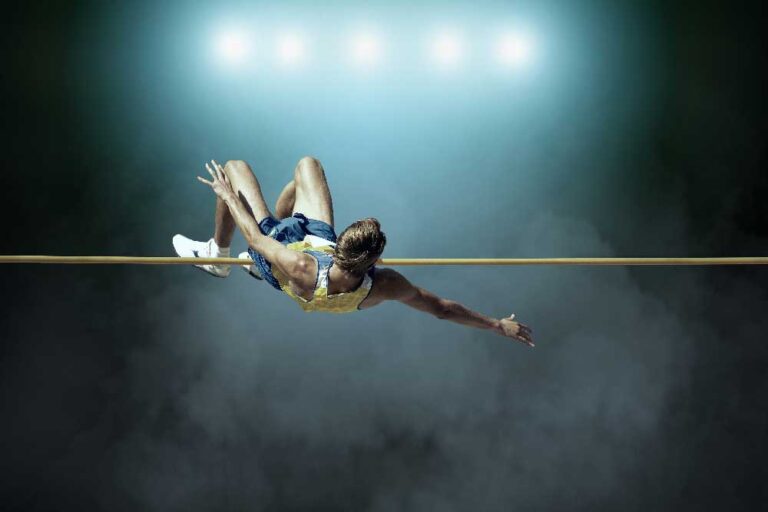 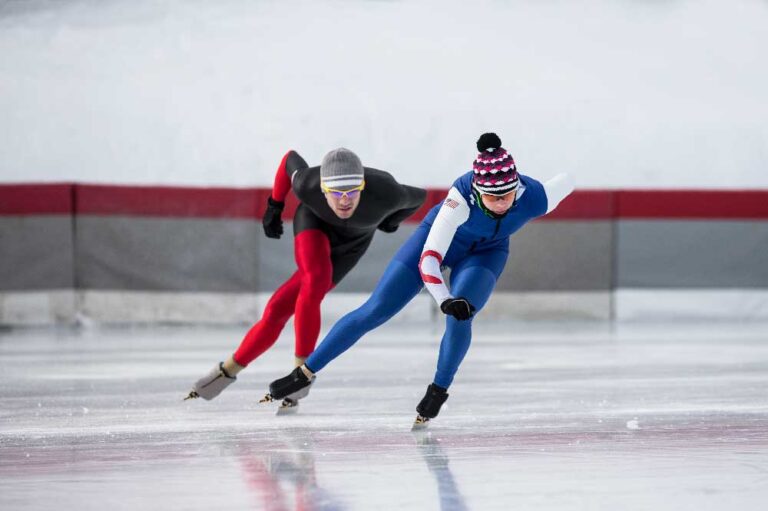 This website uses cookies to improve your experience while navigating through it. The cookies that are categorized as necessary are stored on your browser and are essential for the working of basic functionalities of the website. We also use third-party cookies that help us analyze and understand how you use this website. These cookies will be stored in your browser only with your consent. You also have the option to opt-out of these cookies. But opting out of some of these cookies may have an effect on your browsing experience.
Necessary Always Enabled

Any cookies that may not be absolutely necessary for the website to function and are used specifically to collect user personal data via analytics or other embedded contents are characterized as non-necessary cookies. It is mandatory to procure user consent prior to running these cookies on your website.