Disciplinary Sanctions for Misconduct in Tennis

Decision of the International Tennis Federation
- ITF v. I. Nǎstase

The Issue
Breach of the ITF Fed Cup Regulations 2017

The ITF recently published the full decision rendered by its Internal Adjudication Panel in the matter of ITF v. Ilie Nǎstase.1 The Internal Adjudication Panel is a standing committee of the Board of Directors (the Board) of ITF empowered, among others, to determine whether the ITF Fed Cup Regulations 2017 (including Appendix I – Fed Cup Welfare Policy) has been breached.2

The claim was filed by the ITF, an International Federation (IF) against Ilie Nǎstase, a former elite-level tennis player and currently the Captain of the Romanian Fed Cup team. The claim was filed following a number of incidents occurred during the tie match at the Fed Cup World Group II Playoffs between Romania and Great Britain from April 20 to April 23, for which Mr Ilie Nǎstase was charged by the ITF for breach of the Welfare Policy (the “Charges”).

In summary, the Charges included the following:

– A comment about Serena William’s unborn child that could be interpreted as racist (Articles a.ii. a and a.v.b of the Welfare Policy) (Serena Williams charge);3

– Making insulting comments to a member of the accredited press (Articles a.ii.b and a.v.b) (press charge)6

– Making abusive and offensive comments to the match officials and to members of the GB team (Articles a.ii.a, a.iii.a, a.iii.b and a.v.b) (on-court charge)7

In essence, Mr Nǎstase did not deny the facts9 but denied breaching Articles a.ii.a., a.iii.a, a.iv.c of the Welfare Policy: his choice of words was unfortunate, but these were meant as a joke and made on the spur of the moment.10 The same goes for the requests to Ms. Keothavong, which were made in public (in order to display friendliness towards the GB Team) for which Mr. Nǎstase apologized to her in a private letter.11 As to the comments to the Press, Mr. Nǎstase admitted that they were inappropriate, but they were made in frustration in response to an exaggerated media coverage that he was more interested in non-tennis events. Furthermore, he sent a private apology letter to the journalist concerned, who accepted the mitigating circumstances and had invited the Panel to do the same.12 With respect to the on-court charge, he accepted having lost his temper and making inappropriate remarks to the Chair Umpire, but stated that his comments were precipitated by unequal treatment of the two teams.13 Finally, with respect to his overall conduct, Mr. Nǎstase highlighted that his numerous attempts to apologize -both publicly and privately to the persons concerned – should be considered as mitigating factors.14 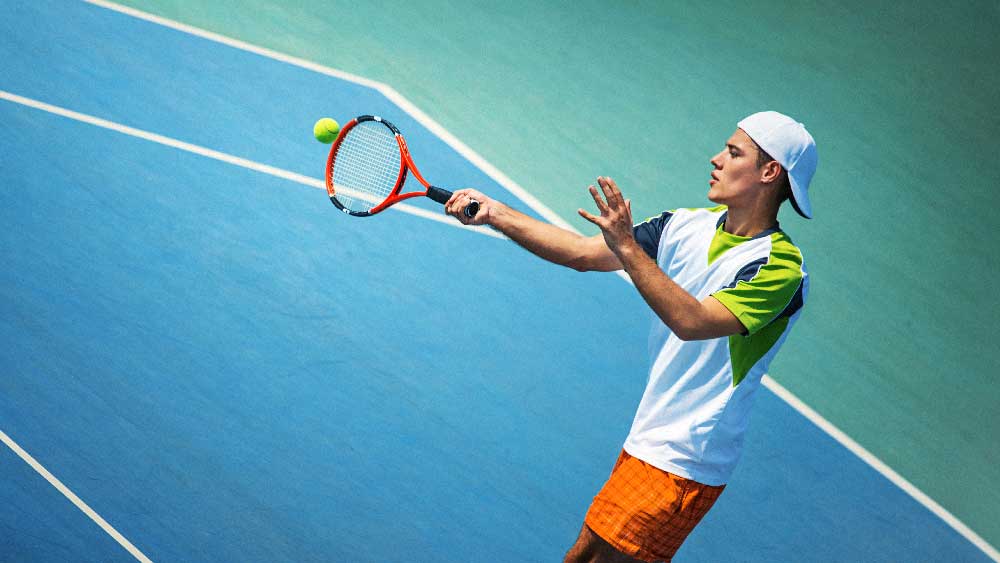 Specifically, the Panel imposed a 3-year suspension from acting in an official capacity in all Official ITF Competitions and Circuits (until 31 December 2020) along with a fine of $ 10,000.15

The charges: “total disrespect to officials”, “sexual innuendo”, “racially insensitive” comments and “harassment of a member of the media”

The Panel did not qualify Mr. Nǎstase as racist with respect to the “racially insensitive” comment about Serera William’s baby (the Serena Williams charge).16 However his behavior was found to fall within the general introductory provisions of the Welfare Policy which requires a professional conduct “at all times” and the comment was found to reflect unfavourably on the Fed Cup, the ITF and tennis in breach of Article a.v.b of the Welfare Policy (“Other matters”, “conduct in general”).

With regard to the advances of sexual nature to the GB Team’s Captain (the A. Keothavong charge), the Panel unequivocally found that Mr. Nǎstase engaged in a form of sexual harassment. As lack of intent was not relevant, the Panel confirmed the violation of Article a.iv.c of the Welfare Policy (“sexual harassment”).17

The insults to members of the press were found to constitute a serious violation of Article a.iii.b of the Welfare Policy, particularly in view of the longstanding exposure of Mr. Nǎstase to the media (“abusive conduct, physical or verbal, or threatening conduct”).18

Furthermore, Mr. Nǎstase’s uncontrolled behavior on court, i.e. verbal abuses and threats to the officials and refusing to exit the court (on-court charge) was found to be unjustified and as such constituted a serious violation of Articles a.ii.a, a.iii.a, a.iii.b and a.v.b of the Welfare Policy (“unethical conduct”, “abuse of control”, “abusive conduct”, “conduct in general”).19

Finally, with respect to the overall conduct charge brought by the ITF, the Panel considered that it should rather be an aggravating factor on the penalty imposed than a separate charge.

It must generally be noted that the ITF Internal Adjudication Panel has extensive authority to calculate the sanctions based on what it considers “just and proportionate in all of the circumstances of the case”, based on the charges brought by the ITF and according to Article 5.2.620 and Article b.ii  of the Appendix I to the ITF Fed Cup Regulations 2017.21 More specifically, in this particular case the Panel considered factors such as the severity of the violations, any useful precedents, mitigating or aggravating factors and the principle of proportionality.22

When calculating the applicable sanction, the Panel denied to use other cases as precedent and found this case to be unique due to the number of incidents and the sequence of events.23 In their majority, cases related to sexual harassment, discriminatory behavior or verbal abuse are assessed in separate procedures.24 Therefore, the violation of multiple provisions of the Welfare Policy could count as an aggravating factor.

Another point showing the increased flexibility of the Panel in both asserting a violation and calculating the sanction under the ITF Regulations is that an act that could not fall within a specific category of breach (e.g., the Serena Williams charge could not fall within the discriminatory acts under Article a.ii.a) was nevertheless admitted as breach under the general obligation of professional conduct “at all times” in the introductory comments of the Welfare Policy or the “Conduct in general” of Article a.v.ii.25

The Panel repeatedly stressed the respondent’s increasing responsibility arising from the “fifty-year experience” and his role as the captain of the Romanian Fed Cup team.26

When it comes to the mitigating factors pleaded, the Panel only partially accepted Mr. Nǎstase’s initial apologies as timely and genuine and having a minimal mitigating effect.27 However, the apology to the GB team was not considered by the Panel as a mitigating factor because it lacked the reasons for – and the addressees of – his apologies, but also because in a later interview, Mr. Nǎstase said that he did not “regret it”. As to the later personal apologies to practically all persons directly affected, the Panel did not consider them as they were sent after he was notified of the charges that led to the ITF proceedings.28 Again, the Panel made use of its increased flexibility to consider the mitigating value of Mr. Nǎstase’s apologies and it is open to consideration whether another Panel would follow the same strict approach.

Overall, the Panel found that contextualization of facts and lack of intent could not be relevant for such a high level of unprofessional conduct (“total disrespect to officials”, “sexual innuendo”, “racially insensitive” comments and “harassment of a member of the media”).29

Finally, an interesting point to retain is that ITF does not have jurisdiction over Grand Slam tournaments. Therefore Mr. Nǎstase’s sanction does not include ATP / WTA tournaments. It is for the organizers of those tournaments to determine whether to admit a person suspended by the ITF.30